Compulsory Guesthood, Social Cohesion, and the Politics of Hospitality in Turkey

This talk explores hospitality as a key discursive framework for refugee management in Turkey by focusing on how the rhetoric of host-guest relations are operationalized at the official level to represent, interpret, and problematize the current state of affairs regarding the Syrian refugees, as well as to formulate policies for solving those problems. Host-guest metaphors are used to assert power and leverage both domestically and internationally by exerting sovereign control over a post-imperial nation-space, performing neo-imperial guardianship over the downtrodden (especially within the Muslim umma), and claiming an ethno-religious, civilizational morality that exceeds the legalistic logic of human rights and entitlements.

Elif Babül received her PhD from Stanford University in 2012. A political and legal anthropologist, Babül’s primary specialization is in national and transnational bureaucracies and the politics of human rights in Turkey. Her work has appeared in the American Ethnologist, PoLAR, Social Anthropology, and New Perspectives on Turkey. Her book Bureaucratic Intimacies: Translating Human Rights in Turkey, published in 2017 by Stanford University Press, won the 2018 William A. Douglass Prize for the best book in Europeanist Anthropology; and received an honorable mention in the 2019 AAA Middle East Section biennial book award competition. She is based in Istanbul during Spring 2022 as an ARIT/NEH Fellow to conduct research on the politics of hospitality in Turkey. 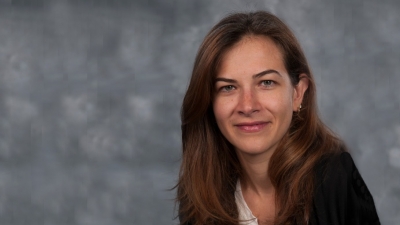