Islamic Leadership And The State In Eurasia

Islam was brought to the lands of ex-Soviet Eurasia by the first generation of Muslims in the seventh century. Most of the Caucasus and Central Asia were directly included in the Umayyad and Abbasid Caliphates. Islam thus had a formative impact on culture, society and statehood in Central Asia, the Caucasus and central Russia. The other significant influences derived from the region’s lengthy domination by Turco-Mongol nomads and its inclusion in the 19th century into the autocratic Russian Empire, superseded by the USSR.

These major historical factors have accounted for the distinctive model of state-Muslims relations and the outlook and role of Islamic leadership in the region. At the core of this model has been the institution of the muftiate as the major agency for government’s management of Islam and Muslims, as well as the considerable autonomy from the state of grassroots Muslim communities under the leadership of ‘folk’ and, in some cases Sufi, Islamic authorities. Arguably, this model has persisted across Central Asia, Azerbaijan, Russia and Belarus in the three decades following the dissolution of the Soviet Union. This was largely due to the remoulding there of Soviet totalitarianism into authoritarian governance which has continued to prioritise the Eurasian/Soviet ‘power vertical’, societal secularism and communal and other group solidarities over civic and individual rights. By comparison, Lithuania, and to some degree Ukraine and Georgia - all of which had relatively small autochthonous Muslim populations - have departed from this model in favour of the state’s non-interference into the Islamic domain leading to their Muslims’ gradual transformation into ethnic minorities and their religious ‘churchification’.     The discussion also situates the Islamic leadership in post-Soviet Eurasia within the wider Islamic context by comparing it with those in the contemporary Middle East and Western Europe. In conclusion it assesses the future sustainability of the distinctly Eurasian type of Islamic leadership and state-Muslim relations in the face of advancing material and ideational universalisation and globalised Islam.

Dr Galina M.Yemelianova holds a PhD in Arab and Islamic Studies from the Institute of Asian and African Studies (ISAA, MGU). She has researched the history and Islam-related contemporary politics of the Middle East and Eurasia over three decades. Between 1996 and 2017 she researched and taught at the Centre for Russian, European and Eurasian Studies at the University of Birmingham UK, where she pioneered and taught the Masters course on the Caucasus and Central Asia. She is the author/editor of ten books, including Yemen under Ottoman Rule 1538-1635 (Nauka, 1988); Russia and Islam: A Historical Survey (Palgrave 2002); Islam in post-Soviet Russia (Routledge, 2003); Radical Islam in the former Soviet Union (Routledge, 2010); Many Faces of the Caucasus (Routledge, 2014); Meskhetian Turks in Kabardino-Balkaria (IGI RAN, 2019); Muslims of Central Asia: An Introduction (Edinburgh University Press, 2018);  Routledge Handbook of the Caucasus (Routledge, 2020); Islamic Leadership and the State in Eurasia (Anthem Press, 2022) and Muslims of post-Communist Eurasia (Routledge, 2022, forthcoming). She is an editor of Caucasus Survey (London), a member of the editorial boards of Europe-Asia Studies (Glasgow) and Oriens (Moscow) and Universal Journal of History and Culture (Sakarya). She is currently affiliated to the Centre of Contemporary Central Asia and the Caucasus at the School of Oriental and African Studies in London. 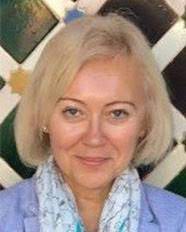